From 2020 - April 2022  - To date we have provided almost  4,000 disaster preparedness, emotional social readiness and other literacy improving books on diversity and inclusion to Kitsap Community Resources Head Start/ECEAP (KCR) programs!!

What is the Impact Grant?

The Impact Grant is offered by the Elks National Foundation to lodges that meet a rigorous two-stage application competition. The $10,000 grant is highly selective. For example. only 14 Lodge across the country were selected to start new programs in 2020, Bremerton was one of these. In 2022 our Impact grant was again renewed and allows us to provide up to $6,500 in resource support!

What is Our Impact Grant Program?

We are using the Impact Grant to fund our new Reading for Readiness Program. This program is designed to help children in the Kitsap County Head Start program. 100% of the children in this program come from families at or below the poverty line.

What Does the Reading for Readiness Program Address?

The Reading for Readiness Program addresses two vital community needs: that of disaster readiness and the need to support literacy and overall school readiness.

What Are We Doing?

Our program was designed to have Elks read age-appropriate disaster preparedness and emotional/social readiness books to children across the county in the head start program. The program also provides for each child to get a copy of the readiness books to take home and read with their families.

So far we have covered topics such as fire safety, anger management, earthquake safety, handling worries and making friends, as well as a variety of other topics.

Because of COVID-19 we had adapted our program. To adapt during times when we have been unable to conduct in-person readings, we have created a YouTube channel where Elks can read the stories online. Children can choose different Elks members to "read" with.

Subscribe to our YouTube channel to stay up to date on new videos. Elks members that want to get involved in the program can contact our grants coordinator at heather.1181elks@gmail.com for more information. 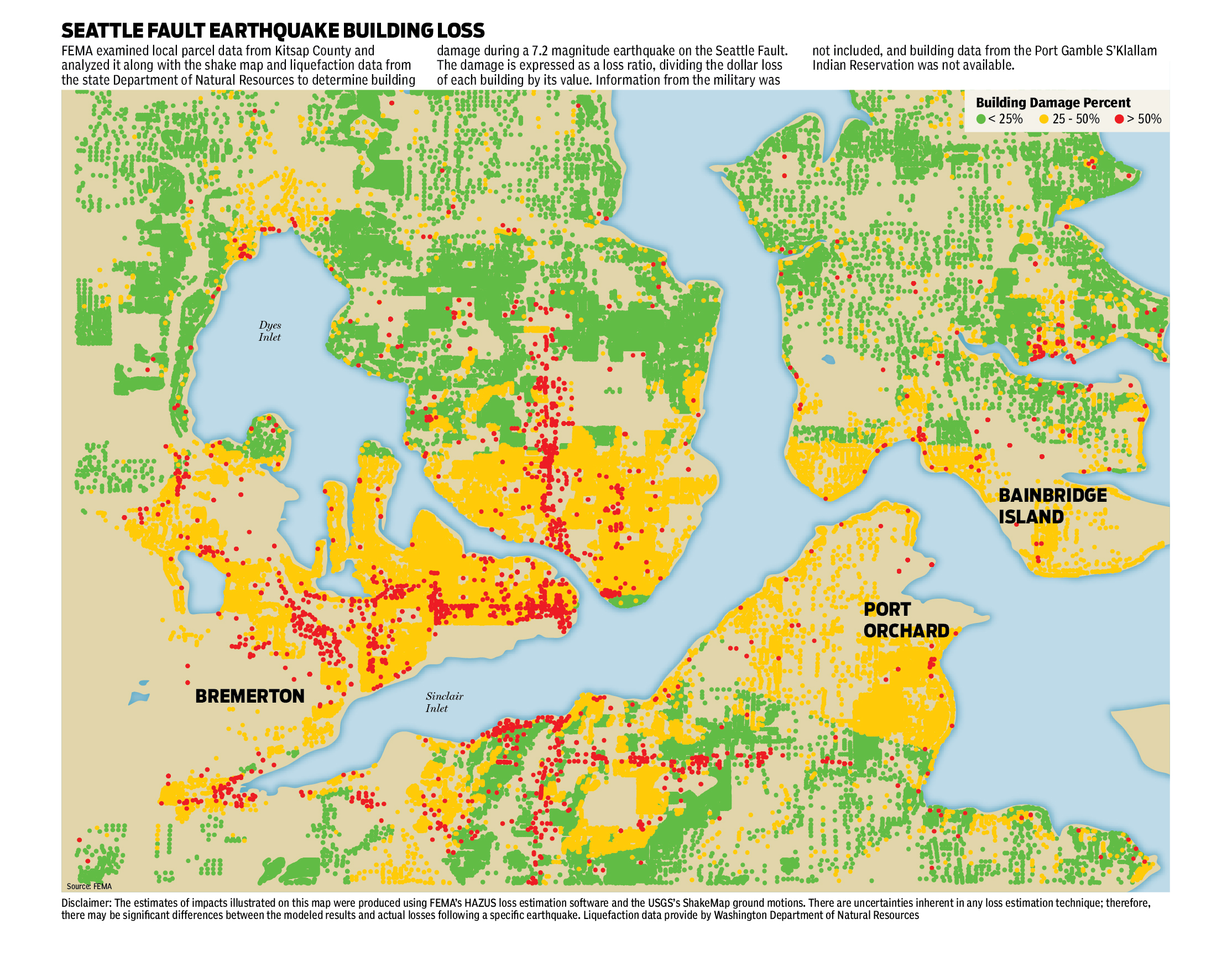 On 7 June, 2016, over 20,000 tribal, state, and federal emergency managers kicked off the Cascadia rising exercise, a 4-day exercise designed to test response and recovery capabilities in the wake of a 9.0 magnitude Cascadia Subduction Zone earthquake and tsunami. During the four-day exercise, the National Guard prepared for 1,274,327 people needing mass feeding and water, 507,701 damaged homes and residential buildings, and 410,127 people needing emergency shelter. It even accounted for 254,357 pets requiring shelter. Should a 9.0 earthquake occur there are estimates that the whole area west of I-5 (i.e. Kitsap County in which Bremerton Lodge #1181 is located) could spend three to six months without electricity, one to three years without drinking water and sewage systems, and three or more years without hospitals.

In addition to the Cascadia Fault line, which is past its known cycle for an earthquake, there is another fault, the Seattle Fault, which runs directly through the city of Seattle on an east-west line from the Olympic Peninsula across the Puget Sound and through Alki Point, crossing central Seattle just south of I-90 into the Kitsap Peninsula. There is a 5 percent chance of a 6.7 magnitude earthquake on the Seattle Fault in the next 50 years and about a 2 percent chance for an earthquake greater than a magnitude 7.0. If that happens, some estimates hold that damage will be even worse than a magnitude 9.0 Cascadia subduction zone earthquake.

Disaster preparedness for our community has to become a priority. All that we have done in the community and all we want to do will be inconsequential in the shadow of one of these disasters. Unless, we become part of the solution before the problem. Our solution: is to work with youth organizations, like Girl Scouts, Boy Scouts, and Cub Scouts to help build our community resiliency to disasters like earthquakes. 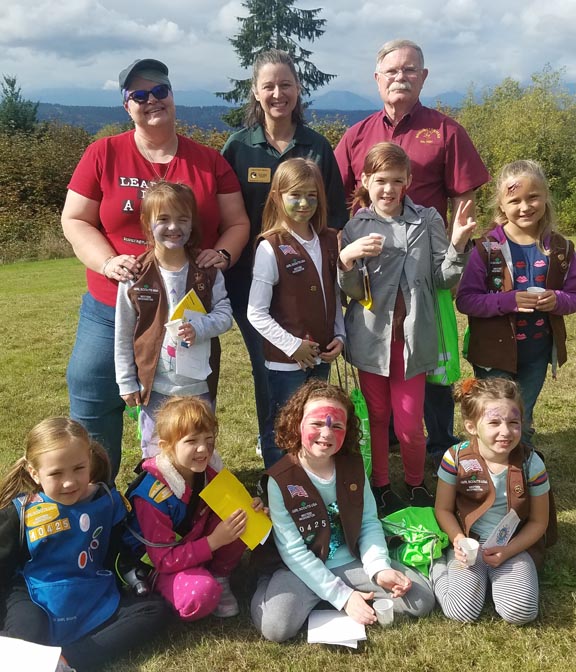 From 10:00 a.m. – 3:00 p.m. another 115 girls and their leaders (54 adults) went through the nine rocker challenge events. Several of these event stations were led by Elks and these girls also participated in the Elk-led Great ShakeOut activity.

The Bremerton Elks Lodge #1181 received a $2,500 Beacon Grant from the Elks National Foundation (ENF) which enabled us to buy the Great Cascadia Zombie Challenge Center badge and 9-rocker sets for 250 Girl Scouts completing the challenge or academy.

In 2020 and 2021 we also were able to obtain $2,500 - $3,500 in grant support to continue this program virtually. We look forward to hosting this event again some time in the future. We loved being part of the training to help prepare girls and their 'zombie' families for disaster!!! 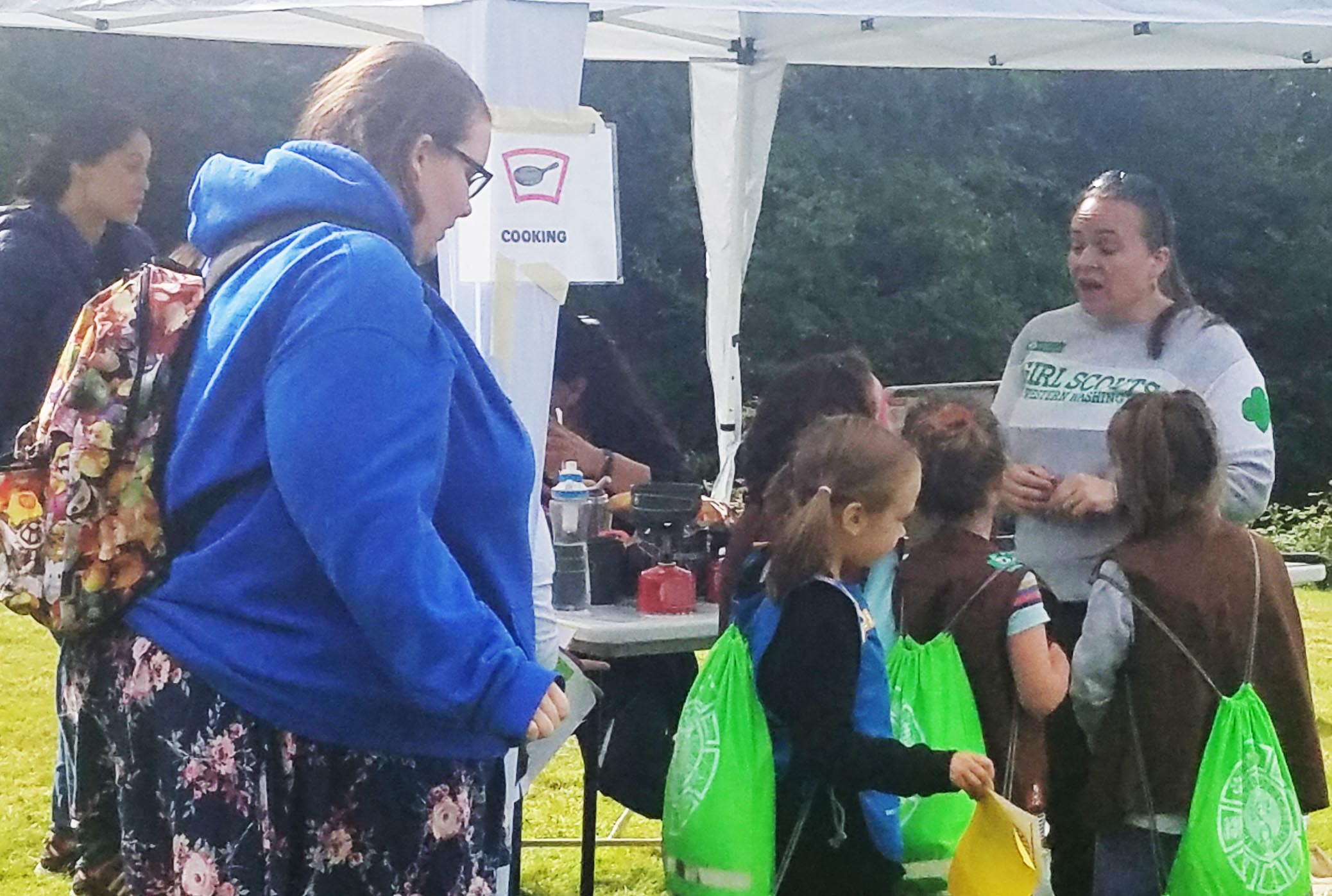 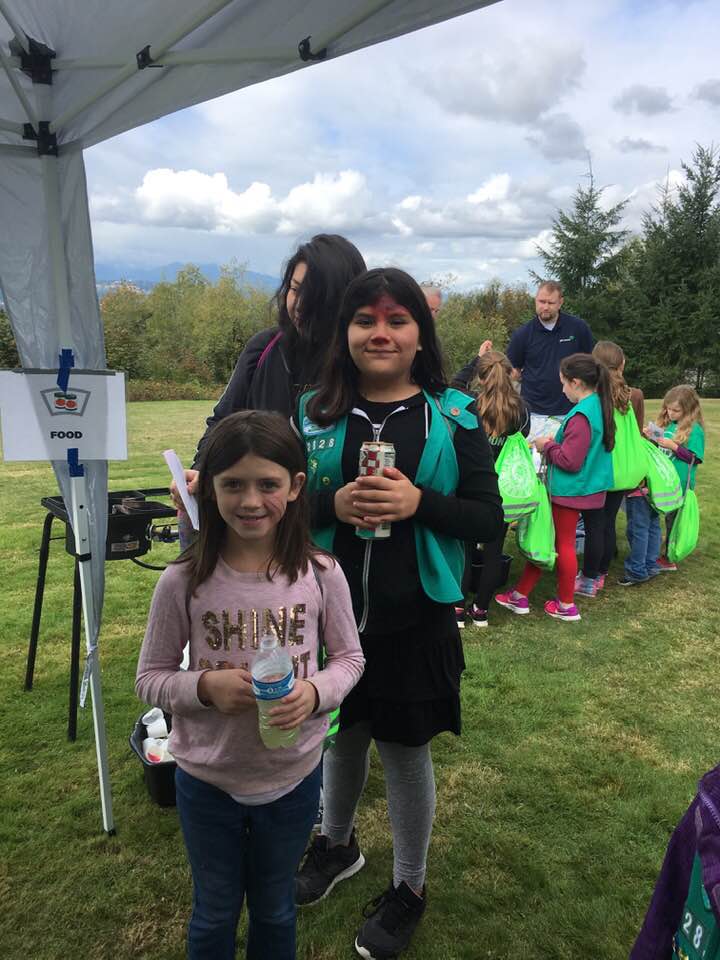 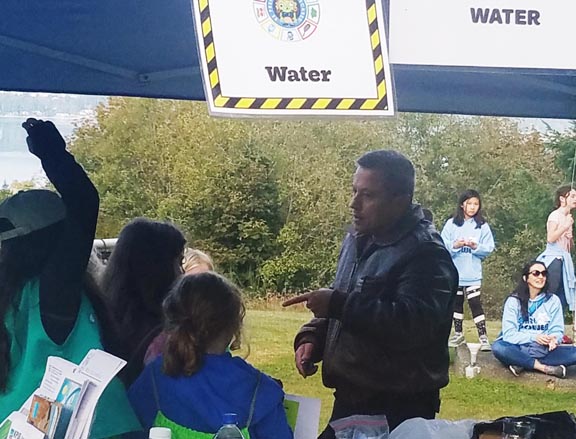 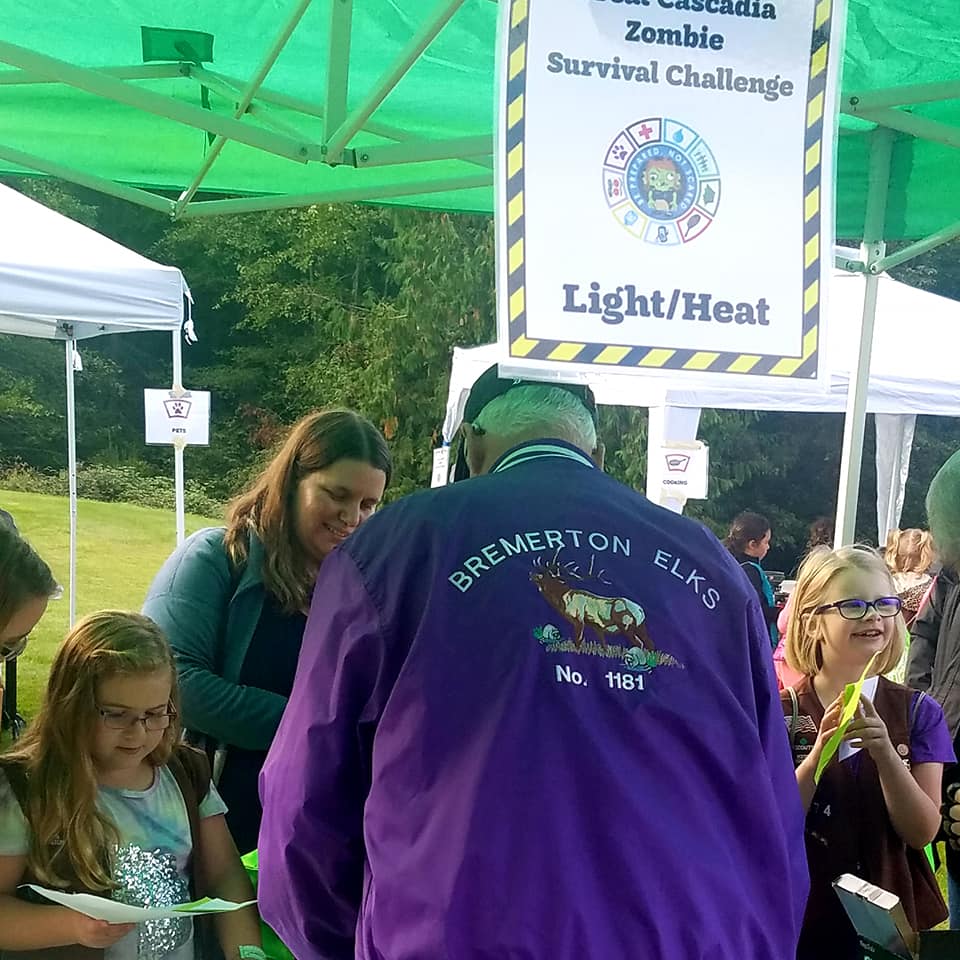 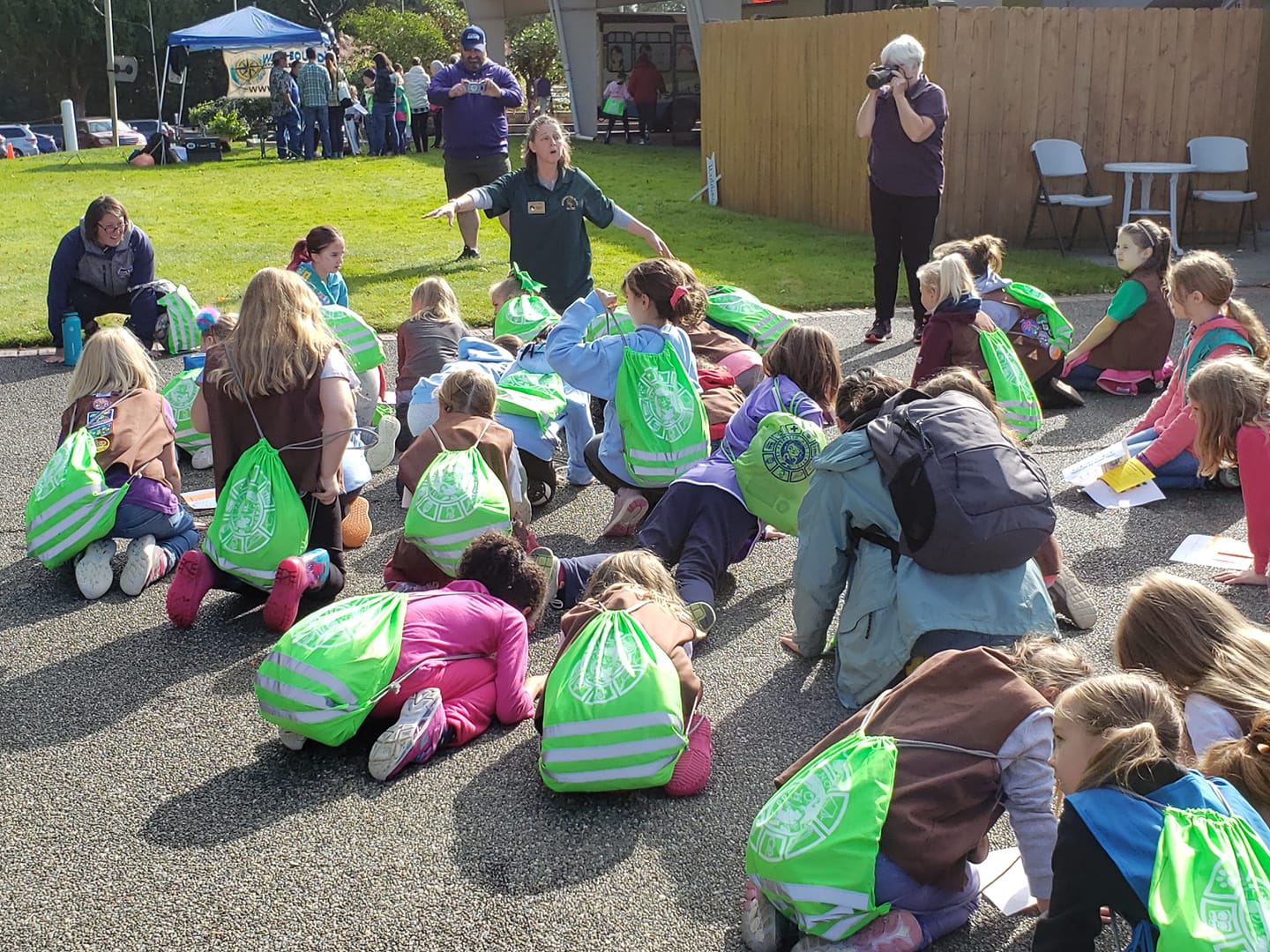 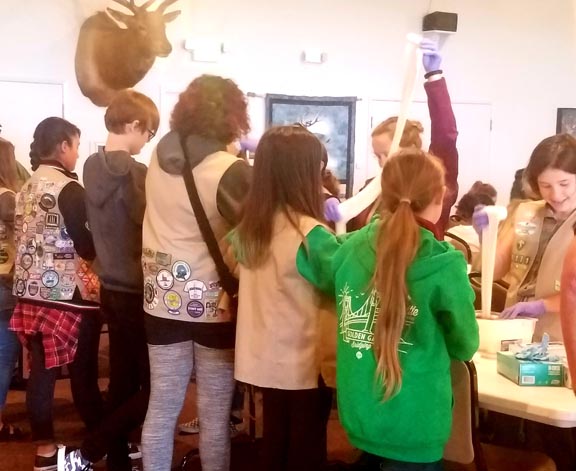 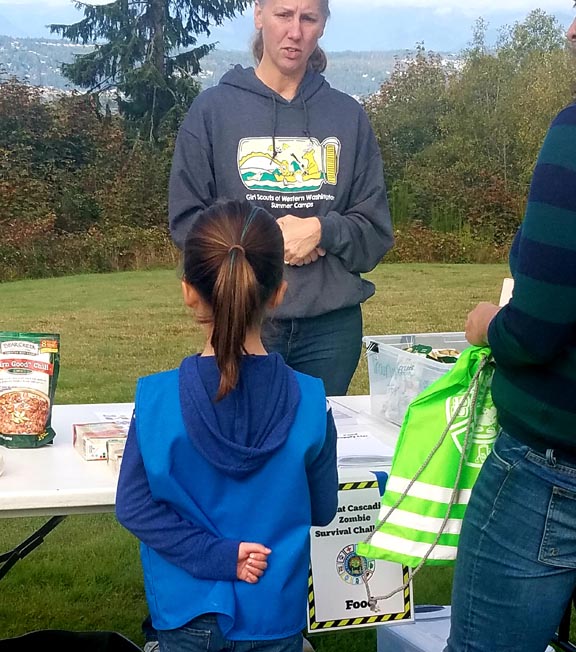 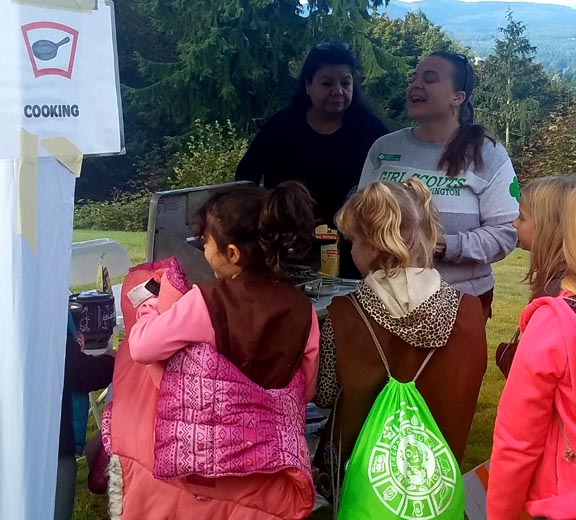 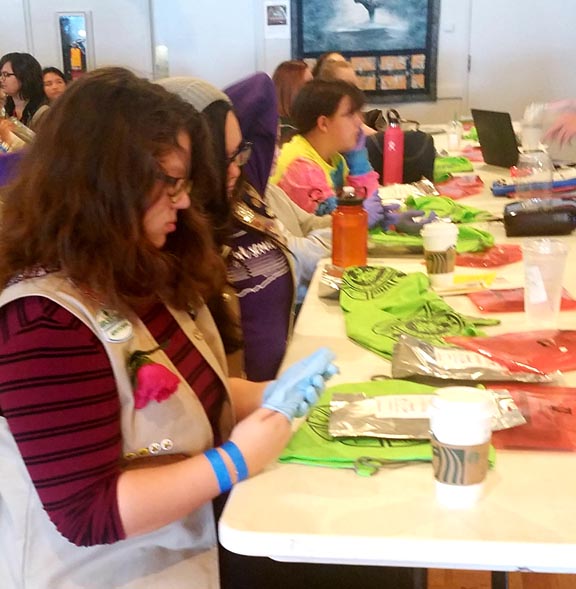 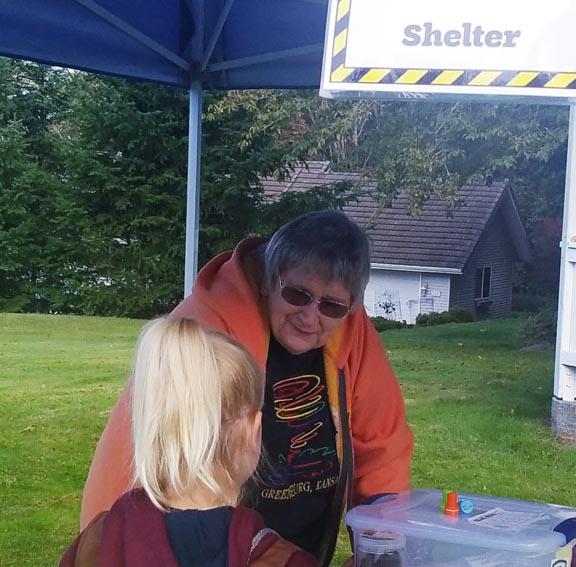 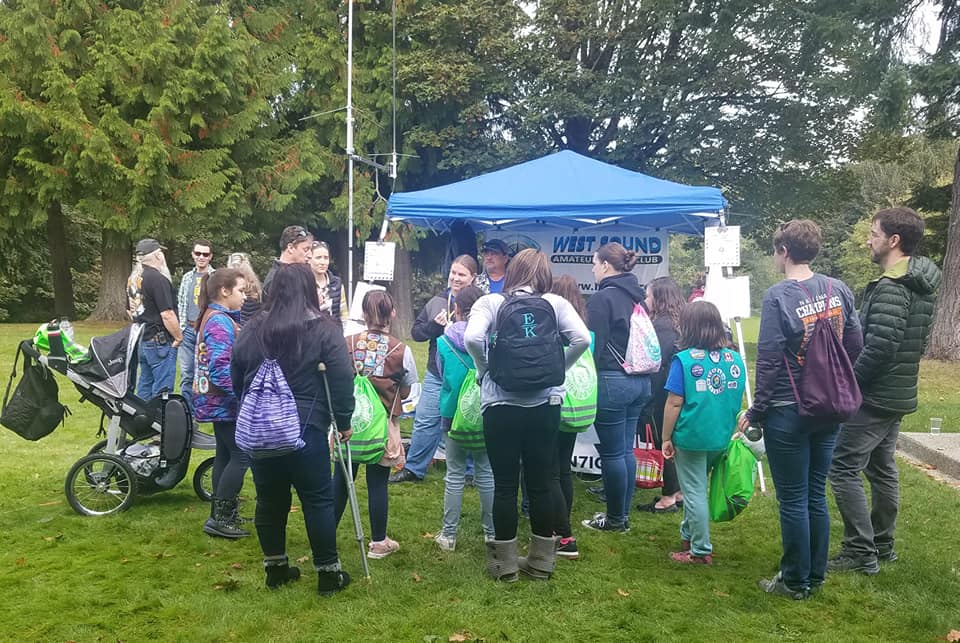